Rabbit Hell: THE NEXT GENERATION #1 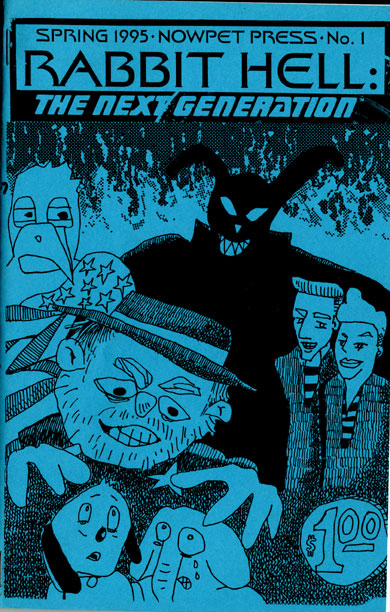 RABBIT HELL: THE NEXT GENERATION #1 features a Rabbit Hell story entirely written and drawn by students in a class called Cartooning For Teenagers that Steve Peters used to teach.  Peters has included work from various students over the years in Awakening Comics #s 1 and 2, The Origin of Sparky, and Tails of Sparky.

It also includes a cover by Rabbit Hell co-creator David Nowell, and a 1-page Doctor Dream epilogue by Steve Peters in which the Doctor makes some dream interpretations of the student’s contributions.